By: Nick Richards and Keith Buckley

Are you currently under an IRS Audit and want to prevent the IRS from applying Section 280E? Well think again. Courts have recently reinforced the IRS’s ability to conduct audits and enforce Section 280E against marijuana businesses.

Courts in Colorado and New Mexico recently reinforced the powers of the IRS to enforce and assess taxes under the Internal Revenue Code. In each of these cases, the plaintiffs operated state legal marijuana operations and challenged the validity of IRS’s ability to enforce Section 280E of the Internal Revenue Code. The basis of each argument was that the IRS does not have the power to determine whether the plaintiffs’ businesses were trafficking in a controlled substance. Rather, only a criminal investigation could determine that.

Courts have historically taken the stance that whether a deduction may be taken, depends upon legislative grace. During a suit for refund, Alpenglow Botanicals, LLC sued the IRS seeking relief from the IRS’s decision to deny deductions subject to Section 280E. Their argument was based on the belief that by applying Section 280E, the IRS was conducting a criminal investigation, and that asserting Section 280E, in fact, amounted to a criminal prosecution. The court was not persuaded by this argument. Rather, it was determined that the IRS has the authority to make factual determinations necessary to decide whether a provision under the Internal Revenue Code applies to a particular taxpayer.

Absent a violation of the IRS’s ability to issue a summons to compel production of documents, the IRS can request all documents or information necessary to conduct their audit. This includes the demand for documents necessary to determine what expenses are subject to Section 280E. In High Desert Relief Inc. v. U.S., the Plaintiffs argued that the issuance of the summons was, in essence, the IRS conducting a criminal investigation. However, once again, the court noted that applying Section 280E, a civil statute, does not require an independent criminal determination or an investigation into violations of the Controlled Substance Act.

If there was any remaining doubt that the IRS has the ability conduct an audit and determine the applicability of Section 280E, the Court in The Green Solution Retail, Inc. v. U.S. put a final stamp on the argument. Green Solutions sought to enjoin the IRS from investigating their business records. However, the IRS was quick to point out that, Green Solutions was precluded from enjoining the IRS under the Anti-Injunction Act (AIA). The Court sided with the IRS, stating that investigating Green Solution’s business records is an activity leading up to an assessment and by filing the lawsuit, the purpose was to restrain the assessment, therefore barred by the AIA. The Court did not rule on the merits of The Green Solutions’s arguments. But if it had, the Court made clear by citing Alpenglow Botanicals, LLC where the plaintiff lost, would have likely ruled against the Green Solutions on the merits as well.

The good news, because of the Courts’ rulings, is that an IRS audit is not a criminal investigation simply because it involves Section 280E. If the courts would have ruled in favor of the plaintiffs, the marijuana industry could have been placed in a precarious situation. Criminal investigations by the Department of Justice would have been required to correctly conduct a full audit of a marijuana business, something no one wants.

It is true Section 280E has an adverse effect on marijuana businesses who seek to maintain operational under state laws. However, until it is repealed, the IRS has the ability to limit business deductions for otherwise compliant businesses. Section 280E is here to stay currently and IRS has made clear they will enforce it. It is important to carefully plan your business and consider the effects of Section 280E. If, or rather when, your business is subject to a federal tax audit, it is important to know what Section 280E is, how it affects your business (and you personally), and what steps you can take prior and during an audit to potentially obtain a favorable outcome.

The Tax Code is complex, especially when it conflicts with state laws, however with competent legal representation by reputable tax attorneys it doesn’t have to be. At Dill Dill Carr Stonbraker & Hutchings, PC. our tax attorneys have experience in businesses subject to Section 280E and can guide you through its complexities pre-audit and during an audit. Contact us directly at (303)777-3737 or info@dillanddill.com. 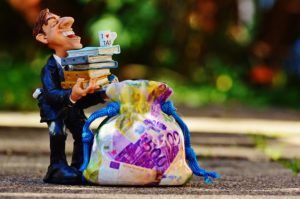